Why did 5 technology companies lose a trillion dollars of their value? 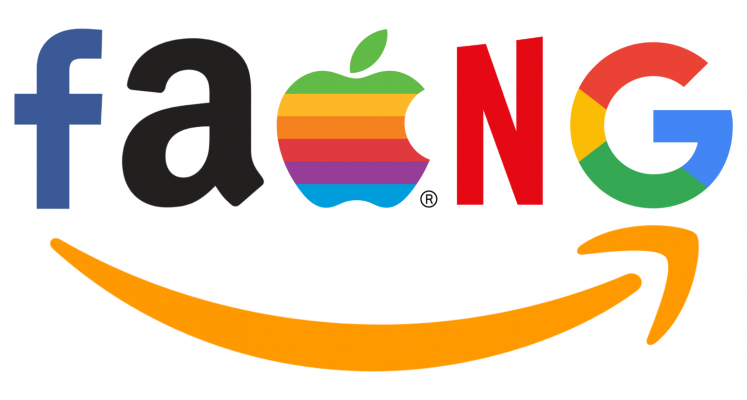 This year, technology markets witnessed various events that led to severe turmoil, and witnessed record profits and gains in the stock market, but the growth that occurred suddenly disappeared after the great decline in recent days, due to the current conflict between countries and which many technology companies fall into, some of them were affected.

Technology companies as a result of fees and restrictions on them in some regions around the world. There are shouts of trade wars between the United States and China, whether directly or indirectly.

The global state of panic has led to a noticeable decline in the shares of many companies on both sides of the open. We note the following. The Nikkei index fell last period to approximately 1.03%, which also led to a decline in the Topix index by 1% and the Shanghai index by about 2%.

On the other hand, the American technology companies gathered in the symbol FAANG suffered a heavy loss, which the United States Stock Exchange turned red, as the FAANG group of technology companies represented by Facebook, Amazon, Apple, Netflix, and Google lost about $ 1 trillion in their market value compared to their levels. High during the last period and that in last week's trading.

Despite the strength of these companies, their shares fell to their lowest levels since 52 weeks ending last week, which led to an exact loss of $ 1.02 trillion compared to the last value recorded on its side, as follows:

The reasons for these large losses are as follows:

Which has seen a weak demand for its three new phones, the iPhone XR, iPhone XS, and iPhone XS Max, and this is what caused a drop in its share prices to nearly 4.8%, which is an uncharacteristic reception for Apple phones as usual, and in other reports, it has been rumored about Apple that it will start production iPhone X phones to cover expenses and poor orders for its new phones.

And which is also not a secret for all its problems in its exciting scandals about penetrating the privacy of users, and one scandal after another ravaging the flesh of Facebook, with everyone's desire to give up Mark Zuckerberg of his full control over the Facebook board of directors and internal conflicts in the company and the preference of some officials over others.

This was negatively affected by the poor performance of previous companies in the financial market
With the holiday season, this period, and the users' hitting on the Black Friday deals, the impact of this shock may decrease for the five companies and other technology companies, and we specifically refer to this to Amazon, but the wound will continue to bloom until it heals at a strange height in the coming period.